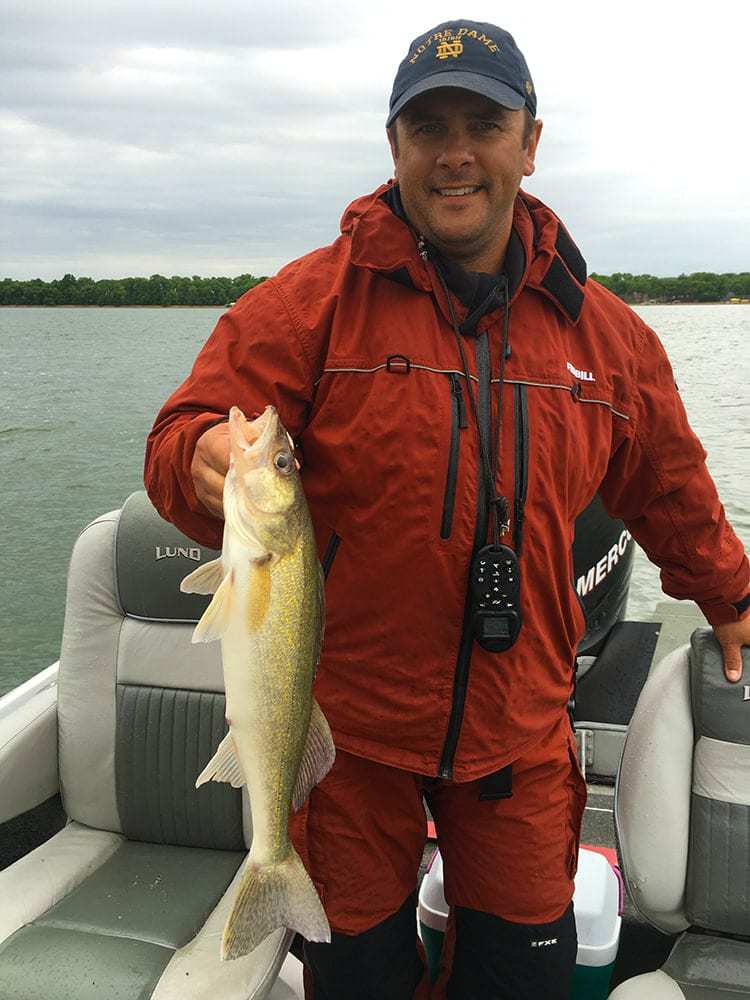 by Dave Csanda
We’ve been hearing a similar tune in recent weeks, and it’s still playing out on numerous waters throughout the region.
Despite the early spring, things are developing slowly this year–weeds, seasonal patterns, etc. Across the board, loads of walleyes are still being caught shallow. From Leech to Mille Lacs, Big Stone to the Hayward Lakes, Winnebago and more, the action is still shallow.
How shallow? Twelve feet or less. In some cases, 6 feet and less. Even shallower in some instances.
I pre-fished Leech Lake in north-central MN with friends last Friday, prior to a big weekend walleye tournament. While most of our fish were caught trolling spinners at about the 12- to 14-foot level, I also caught fish casting and retrieving Rippin’ Raps across scrubby weeds atop shallow flats. Occasionally, I’d snag a 3- to 4-inch perch. Perfect food for shallow walleyes. 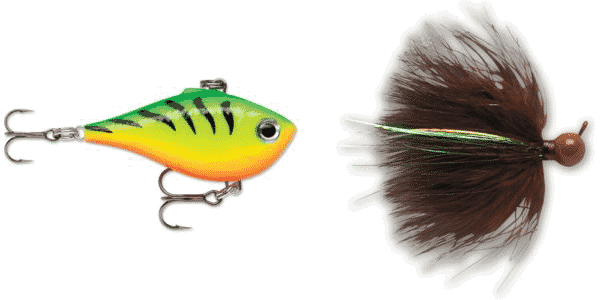 Sure, walleyes have begun moving deeper in some waters, and are beginning to be caught on classic summer walleye tactics like backtrolled livebait rigs or trolled spinner rigs. But the fact is, developing cabbage or coontail weeds, and rocky shorelines or reefs, are holding lots of walleyes in a variety of waters.
Not that they’re always aggressive, mind you. Dark skies and windy conditions put fish on the prowl, and casting or longline trolling minnow-imitators or shad baits can clean up, big time. But guess what? Where the water has been gin clear, the skies bright and the water calm, a few sharp anglers have actually been sight fishing for timid shallow walleyes: Casting small marabou or hair jigs, tiny jigworms or other subtle offerings ahead of the fish, retrieving the lure nearby, and then dropping the jig down to the bottom in front of their noses. It’s a lot like fishing shallow flats for bonefish in inshore saltwater, using polarized sunglasses as a fish locator. It wouldn’t surprise me if you could catch some of these fish on streamer flies as well.
The gist of it all is, fish are where their food is. If it’s shallow, weed, wood or rock cover is usually a bonus for attracting and holding both predators and prey. If the fish are there and feeding aggressively, they are often caught rather easily, on swift-moving artificial tactics. If they’re not aggressive, well, you need to pull a rabbit out of the hat. Or more precisely, some non-traditional tactic out of the bottom of your tackle box. 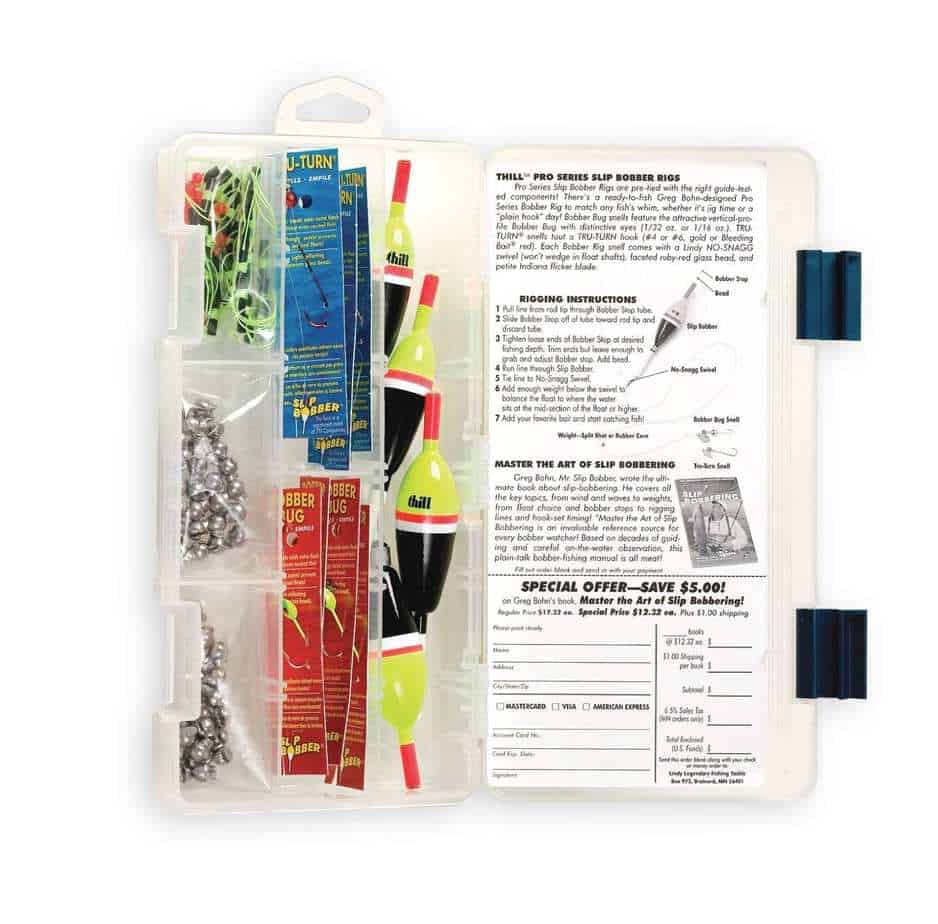 At the very least, if you feel fairly confident that walleyes are present in shallow water, and that they’re just not responding to your current tactics, throw out the hook. Meaning the anchor. Rig up a slip bobber rig baited with a live leech, cast it out, and let the breeze drift it across potential locations. Set the depth of your bobber stop so the leech barely skirts the top of any cover that might hold fish. Close enough for them to see it; not so far above them that they have to make a bold move up into the sunshine to investigate.
Very soon, a lot of those fish will indeed begin dropping deeper, along drop-offs rimming mainlake structures like points and humps. You’ll be able to spot them on your electronics, drop down a jig or livebait rig, and catch ’em in traditional summer fashion.
In the meantime, if they’re not there, and you can’t see ’em on your screen, believe what you see–or don’t see. Chances are they are up much, much shallower. At the very least, it’s worth checking. At the very most, it will surprise the heck out of you in terms of catching skinny-water walleyes. 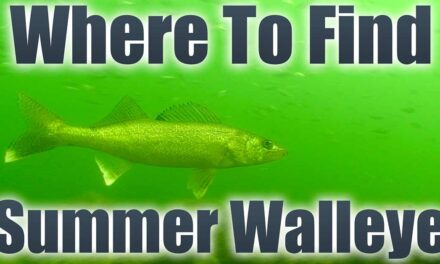 Where to Find Summer Walleyes 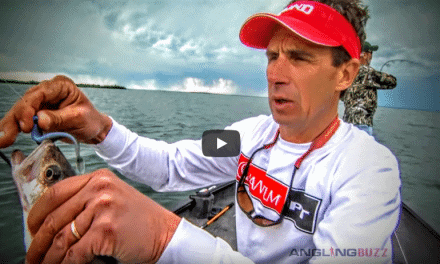 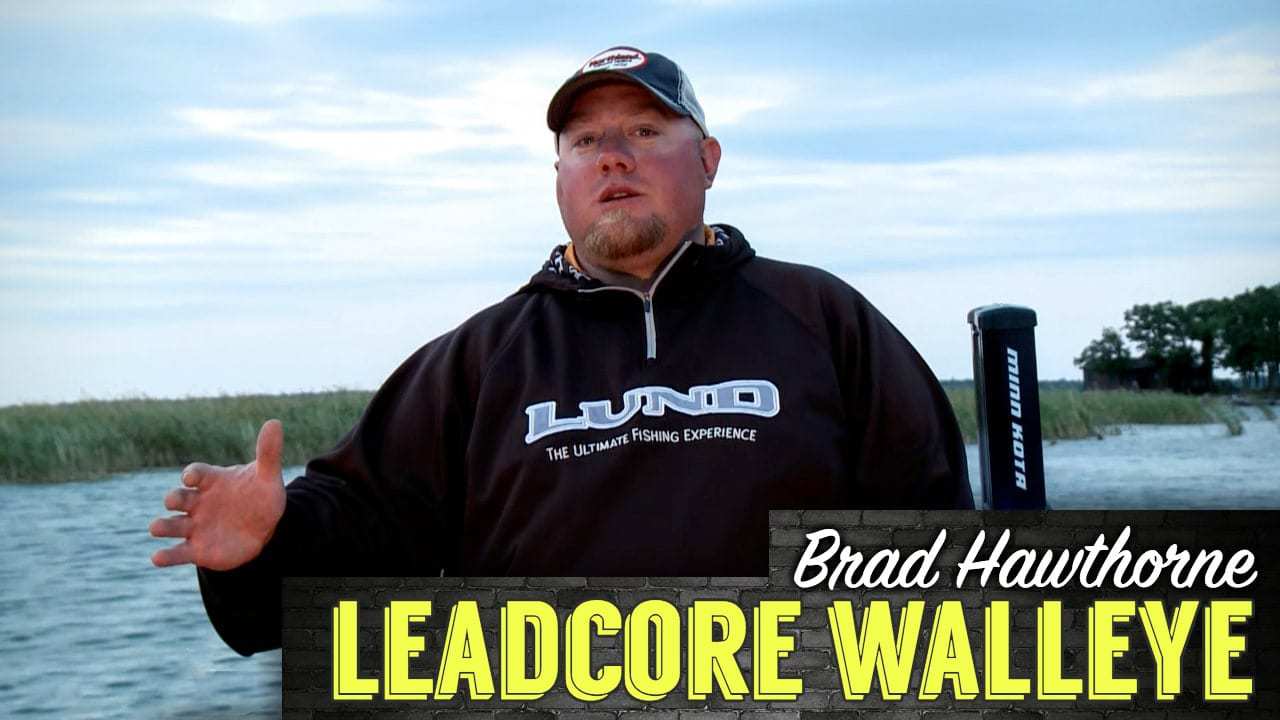 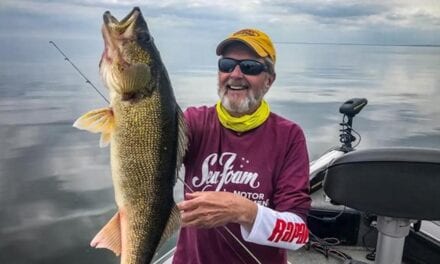