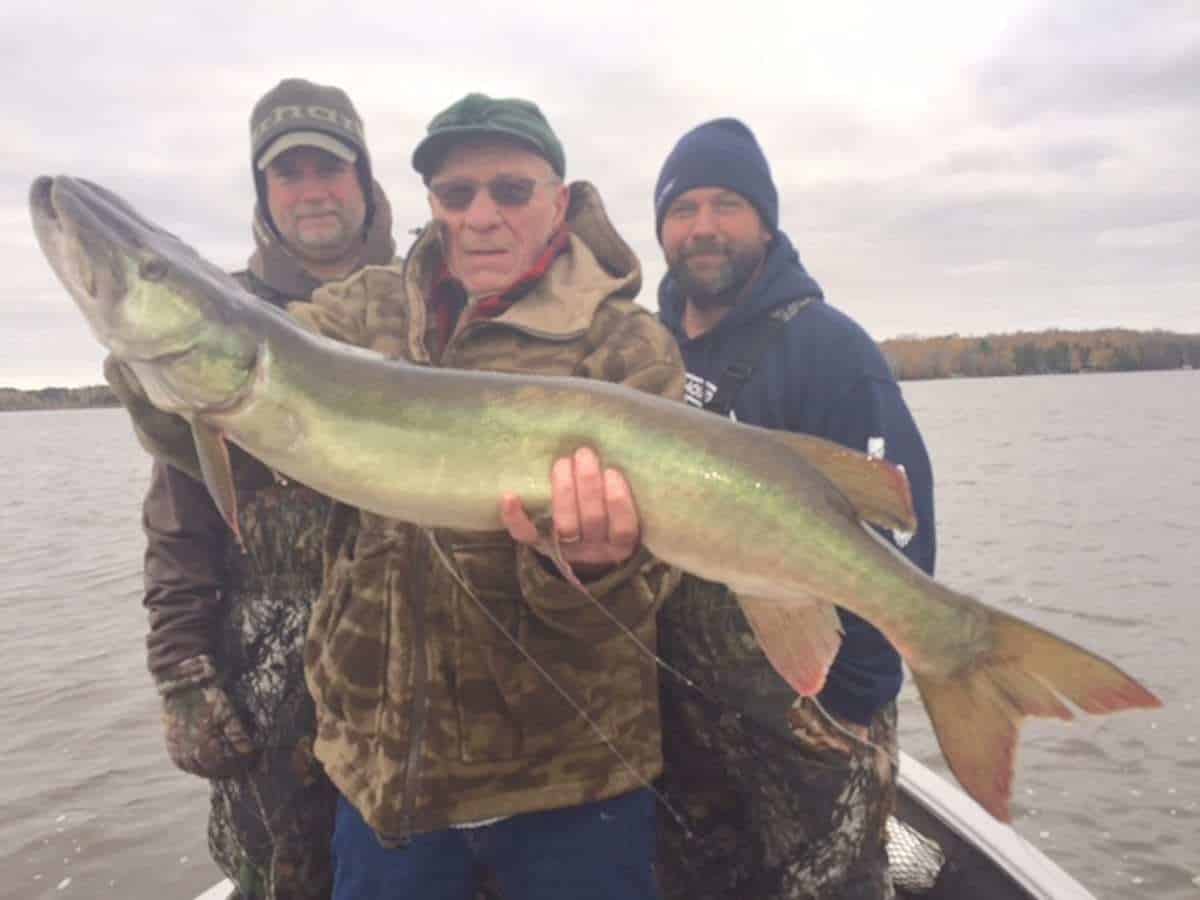 The weirdness in our weather conditions and fishing continues… Brent Evitch and his brother Bob Downey (Birchwood, WI) brought their father Jack Evitch (Birchwood, WI) along on a quest to get a musky for his 76th birthday in the Hayward area. We had cool temps and high skies throughout the day, but Jack was able to connect around mid morning on his first musky, and it was a good one. We were working deep water, and a musky grabbed the sucker we were hanging in 30′. It was a beautiful 45″ fish, and Jack did everything like a pro. Mission accomplished, but now it was time to move on! The walleyes weren’t cooperative, so we switched lakes in the pm. Lake #2 produced nice crappies up to 13″ on plastics in 20′ – 25′ of water, but it was far from easy. We’d locate em and catch a few before moving to the next bunch when they scattered. Water temps held in the mid 50’s, and it’s definitely been taking awhile for our lakes to cool down and the consistent fall bite. Lots of crazy weather this year… By the end of the day, the Evitch gang had plenty of fish to take home for a fry along with one heck of a memorable musky in the net. Congratulations on your first ski, and Happy Birthday Jack! That’s going to be a hard one to beat buddy!

Long time customer and friend Jim Oyen (Atwater, MN) arrived on Friday, and so did the wind. Big surprise! Jim has a history of bringing along some interesting weather conditions with him… This time he also brought along his buddy Justin Amundson (Benson, MN). We spent our day in the Hayward Lakes area, and found a good smallmouth/walleye bite right away. Action was steady until mid morning using jigs and minnows along 10′ – 15′ weedlines, and then things got funky. We had a bunch of short hits and misses late in the AM, and decided to switch lakes for the PM shift. Just in time for the wind to arrive… After an incredible lunch of smoked pork sandwiches provided by Jim, we ventured out into 30 mph gusts and found crappies up to 13″ in 20′ – 25′ of water using plastics. Electronics were key as the fish had pressed down into the mud, and it was a bit difficult to locate them. Once we found them they were cooperative, and my crew put a bunch of big slabs in the boat. Those fish didn’t stand a chance with Jim and Justin on the stick. You won’t get much by these guys! Thanks for one heck of a lunch Jim, and I appreciate you getting that mouse out of my boat. Jiggles is not welcome here! Great job today fellas. Not bad for a couple of Viking Fans!!! 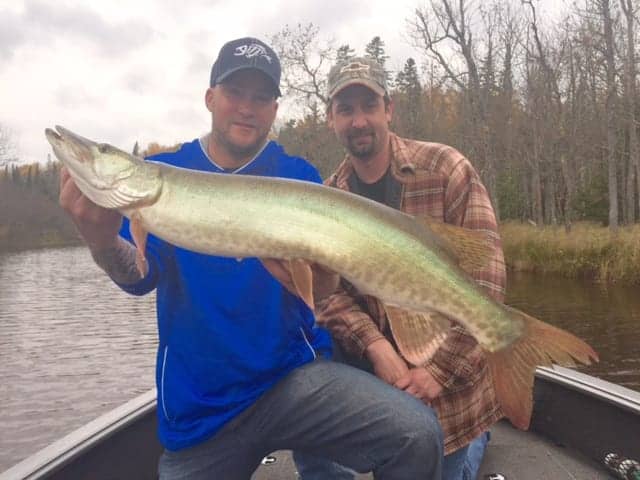 Wind, wind, wind,… It’s certainly been a rock and roll October with weather all over the place. That’s just how Jon Schlussler (St. Paul, MN) and Steve Leach (North St. Paul, MN) like it! They were back on Saturday, and we fished a small river for muskies in the Hayward area to duck out of the big southern gusts that have been hammering us. This was a repeat of last year’s October trip for these guys, and they had a lot to live up to. No Problem! Steve caught a 30″ fish right away on a bucktail, but the rest of our morning resulted in a few of short hits and misses. The afternoon was a different story… Jon slammed a nice high 30’s fish on a bucktail right after lunch, and the next couple of hours were hot with lots of strikes and 3 more fish landed when it was all said and done. I quit counting after 12 encounters, and we definitely hit a window of feeding that kept us on our toes. It was a classic case of sticking with it and putting some fish in the net. I’ll take a 4 musky day any time… Always a fun trip with these guys! Water temps were in the low 50’s, and we were definitely in the right place with big winds howling around us throughout the day. Sorry I ran you into that tree Steve. Hope you forgive me brother! Great job today fellas, and congrats on some good fish. I know you’re both pulling for my Badgers tonight, and I’m already looking forward to our next trip! 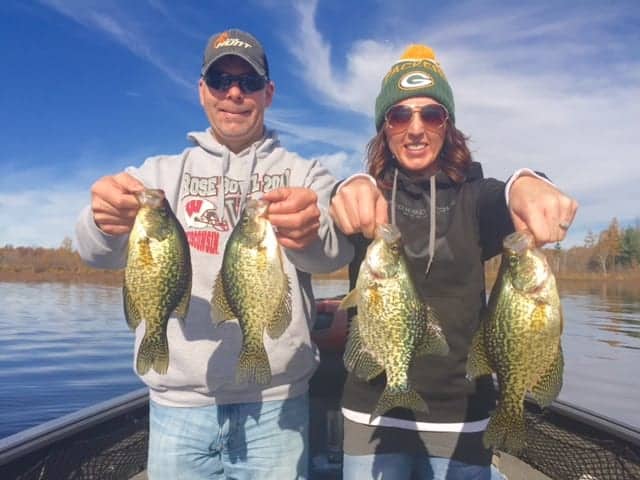 My good friend Scott Roppe (Birchwood, WI) proposed to his fiance Kala Mueller (Spooner, WI) in my boat back in May, and they returned for a fall trip in the Hayward area on Sunday. Kala’s father Mark and uncle Greg from Spooner, WI were along as well and fishing with my partner Terry Peterson. It was an amazing October day with light winds, sunny skies, warm temps, and great colors. Oh…, and the fishing was good as well! We started the day fishing crappies, and the bite was crazy good in 22′ – 25′ of water. We used jigs with plastics and caught a pile of nice fish up to 13.5″. Kala and Scott reeled in fish after fish throughout the morning, and the action was about as good as it could get. It was musky time in the afternoon, and the goal was to get Uncle Greg his first musky. I’m happy to report that the mission was accomplished, but nobody should be surprised. Terry “The Professor” put him on fish, and he connected on 2 mid 30’s skis. Atta boy Greg! Mark landed one as well for a three musky day in Terry’s boat. Sweet! My crew wasn’t too shabby either… We had a musky grab and drop a sucker, but Kala connected a short time later on a 35″ fish that smashed a retro jerk bait that we haven’t used in many years. That bait is officially out of retirement! It was an exciting battle, and Kala did an awesome job fighting it to the net. When we began the afternoon, Scott said all we needed was a musky to make it a perfect day. That was perfect! Water temps were steady in the mid 50’s throughout the day, and most of our lakes still haven’t turned over. There’s still an obvious thermocline at various depths, and fish can be scattered anywhere from shallow to deep right now. Thanks for an incredible day gang, and I agree Mark. We won’t forget it! Can’t wait see all of you at the wedding! 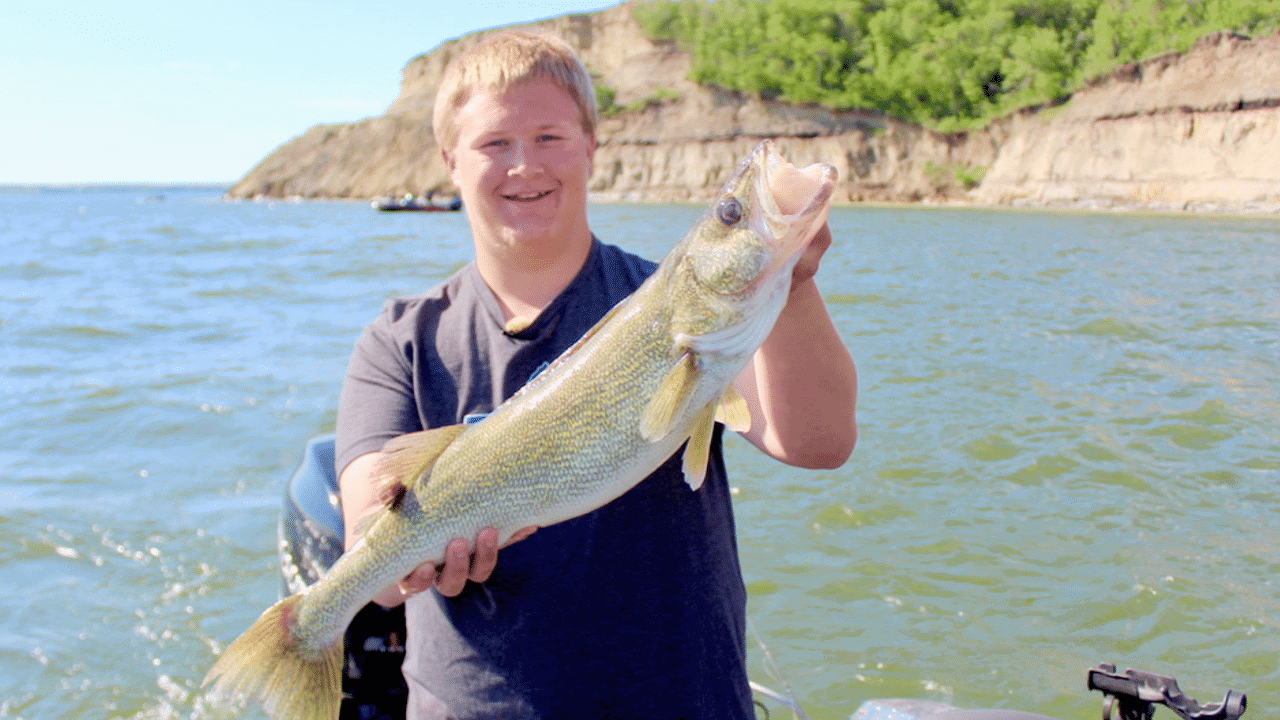 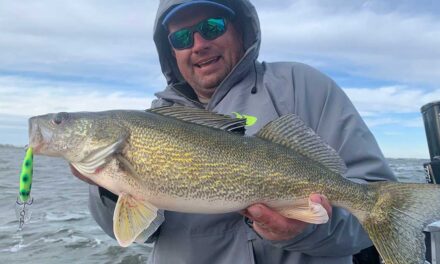 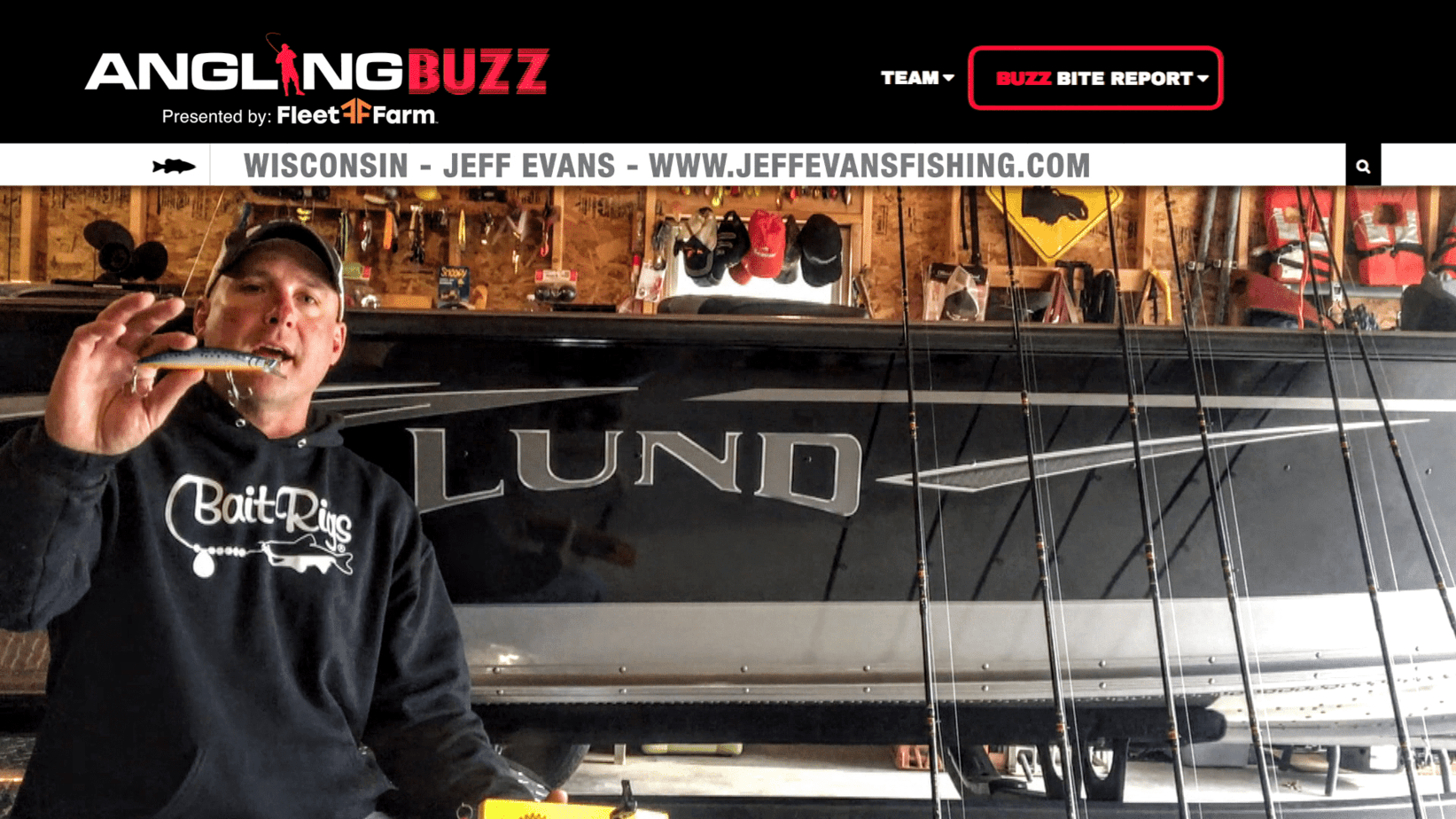 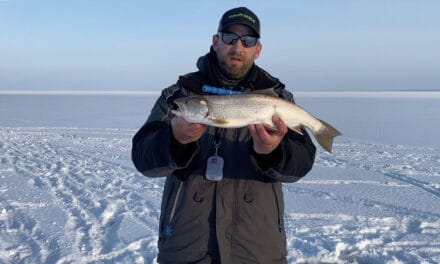