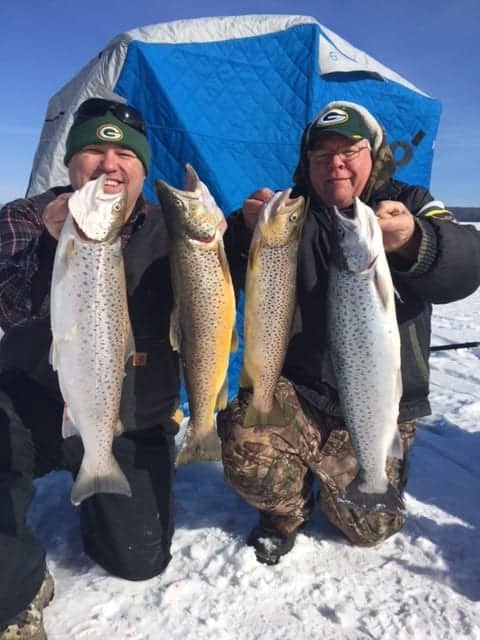 It’s a heat wave! A crazy mid February warm front has settled in, and we’re losing a lot of our snow cover in northern Wisconsin. It looks like more of the same is to be expected over the next several days before cooler temperatures and possible snow arrive late in the week. The Book Across The Bay is on tonight in Ashland/Washburn, and the American Birkebeiner ski race is scheduled for next Saturday in Cable/Hayward. Lets hope that snow moves in and saves the day. Both are amazing events, and I highly recommend traveling to our area to get in on the fun. The fishing reports from Aron, Josh, and Brody Moreland are much of the same, and that’s a good thing! Here’s what they had to say.

Josh Teigen was all over a big trout bite this week on Chequamegon Bay, and reports great fishing for browns and splake in the Bayfield area. Kastmasters and blade baits jigged in 20′ – 45′ of water and tip-ups set with shiners are the go to presentations. Josh noticed that sunny days produced the best and recommends moving frequently until you land on a school. Once located they haven’t been shy about eating and leave little doubt when one smashes your spoon. It’s good to see my old friends Larry and Brad Dittner were able to celebrate Larry’s 60’th birthday in spectacular fashion. Way to go boys, and Happy Birthday Larry! 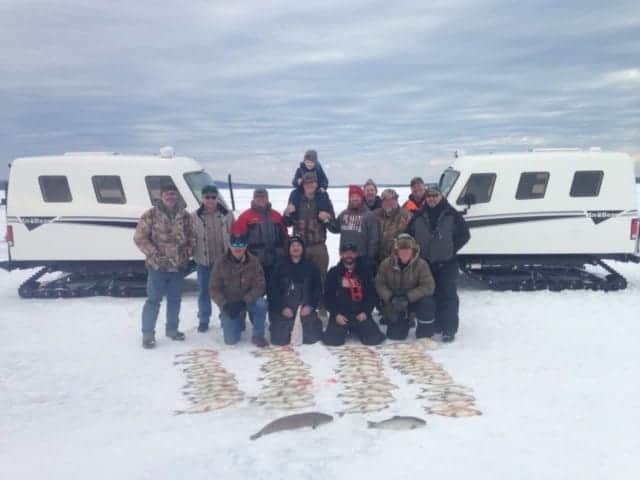 Aron Kastern’s mixed bag approach is still rolling along with everything under the sun active and cooperative on the bay. The flats and channel edges from Ashland to the lighthouse in 20′ – 40′ of water are holding large schools of smelt along with trout, cohos, perch, sturgeon… You get the picture! Use a panfish approach with small spoons and waxies to catch smelt and standard jigging or tip-up methods will get everything else. Aron also says the perch are still biting in the 10′ – 20′ weed flats off Second Landing, and the whitefish bite between Washburn and Long Island is terrific on most days using flashy spoons in 40′ – 60′ of water. Looks like Lacey has been showing you how to get it done Aron! 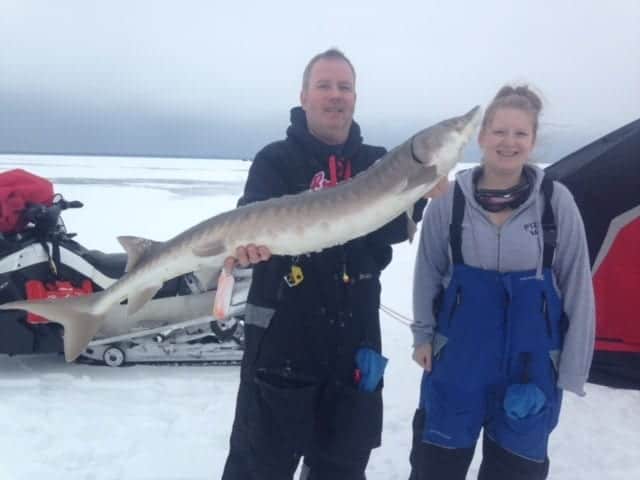 Josh and Aron both report good ice conditions in the spots they’re fishing around Chequamegon Bay with 15″ plus on the Ashland side and anywhere from 7″ – 12″ in the Washburn/Bayfield areas. Current areas should be avoided however, and any ice near Bayfield should be approached with extreme caution. Ice around pressure cracks, accesses, and landings will deteriorate in the warm weather this weekend, so be cautious at those spots as well. When the temperatures drop later this week, things will get mighty slick. Make sure you have those creepers along… 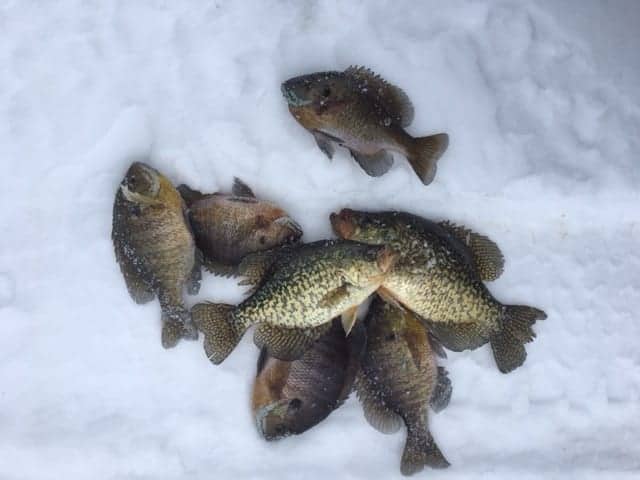 Brody Moreland checked in to give us an inland report for the week, and he said the panfish bite on the Hayward area lakes continues to be strong. Crappies and gills are active on 18′ – 22′ mud flats, and small spoons tipped with waxies or fished plain have been working well. Brody noted that the crappies he found were quite a bit shallower than previous weeks. Seems a bit early for the late ice shallow migration we typically see, but I’m sure the warm days have something to do with it. Ice conditions continue to be very good with up to 20″ of solid ice on most of our lakes. Thanks for keeping us up to speed Brody!

Enjoy this weather while it lasts… I have a feeling Old Man Winter isn’t done yet! 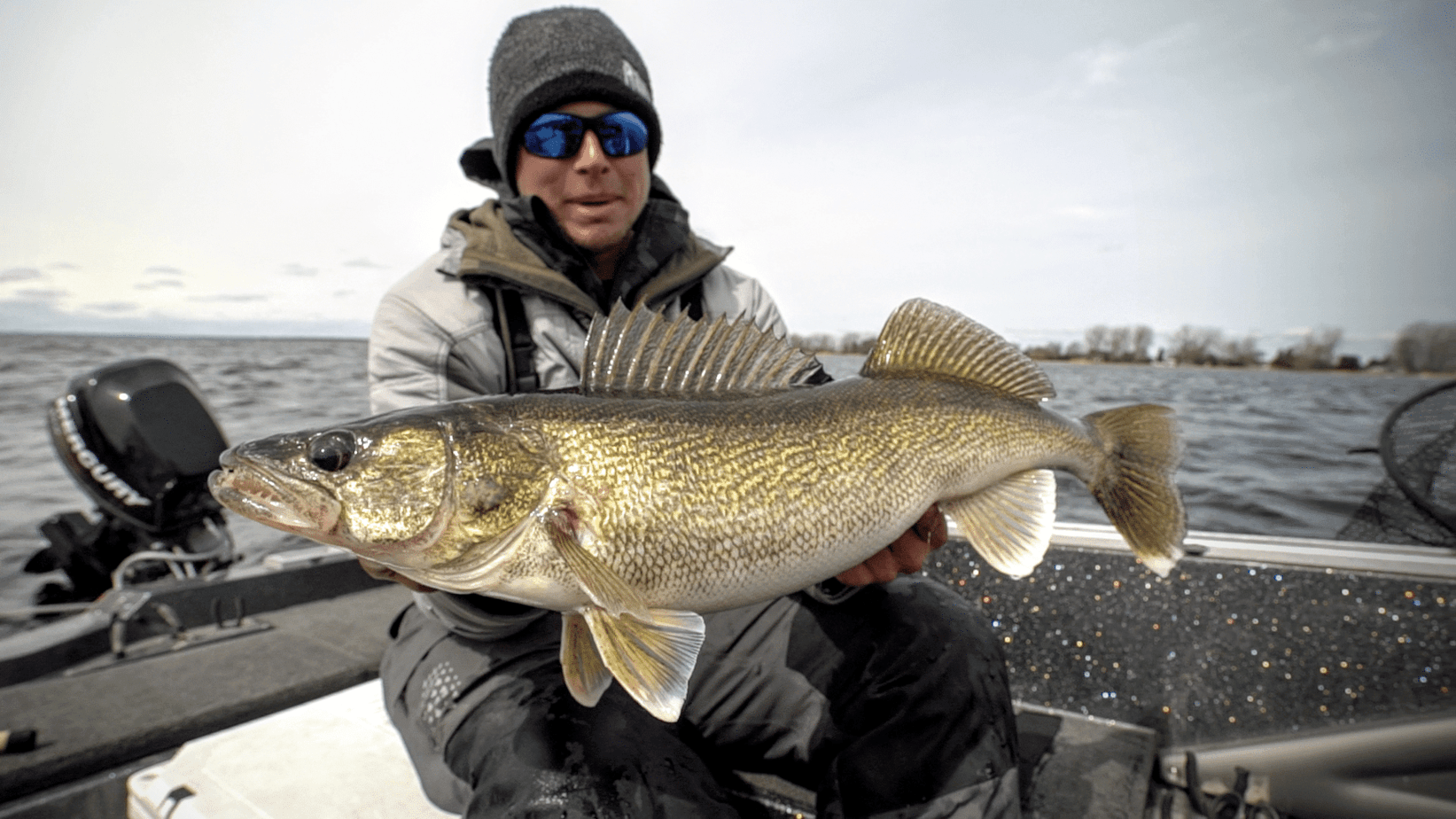 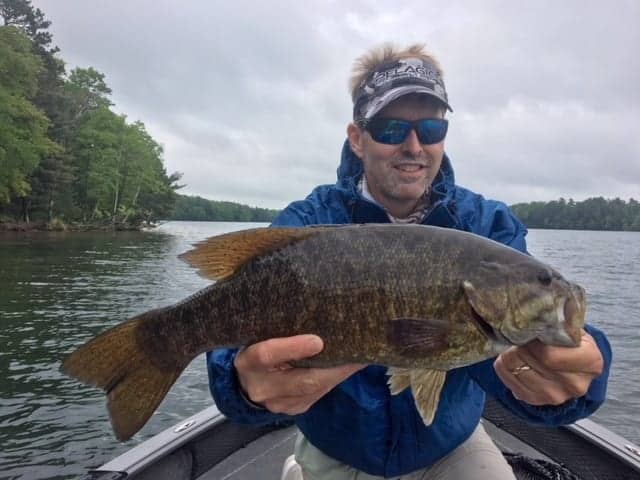 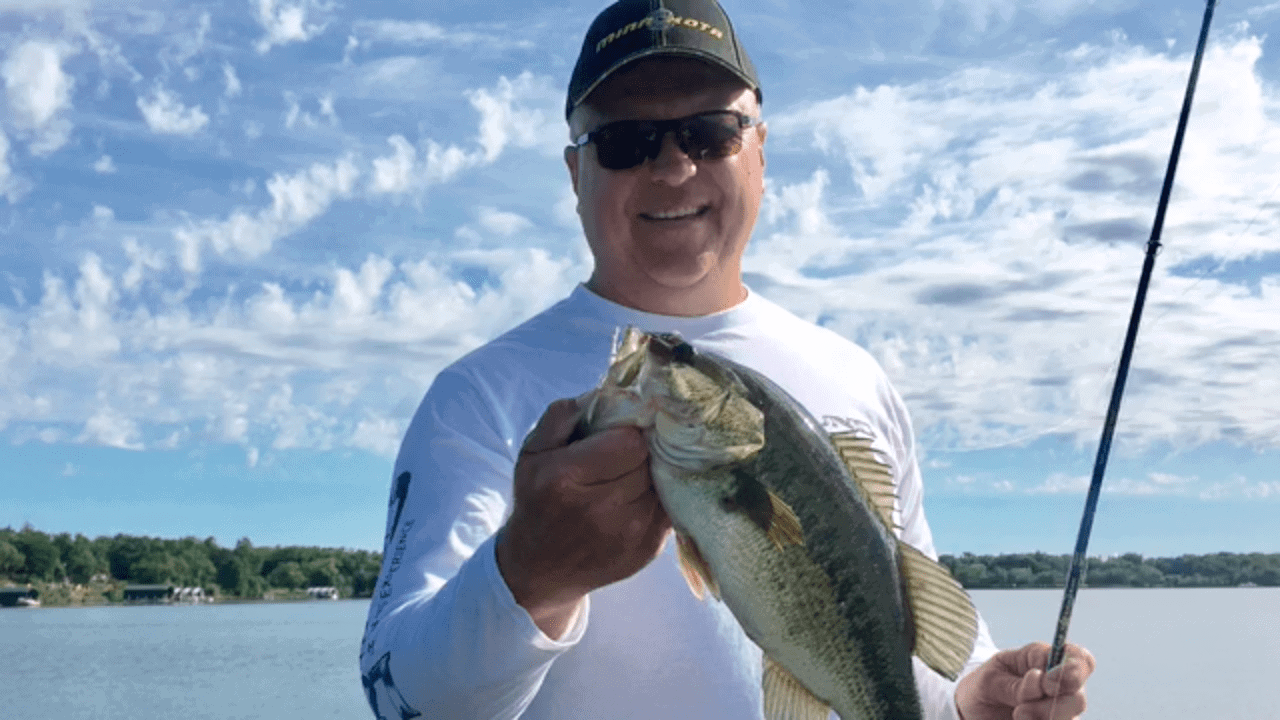 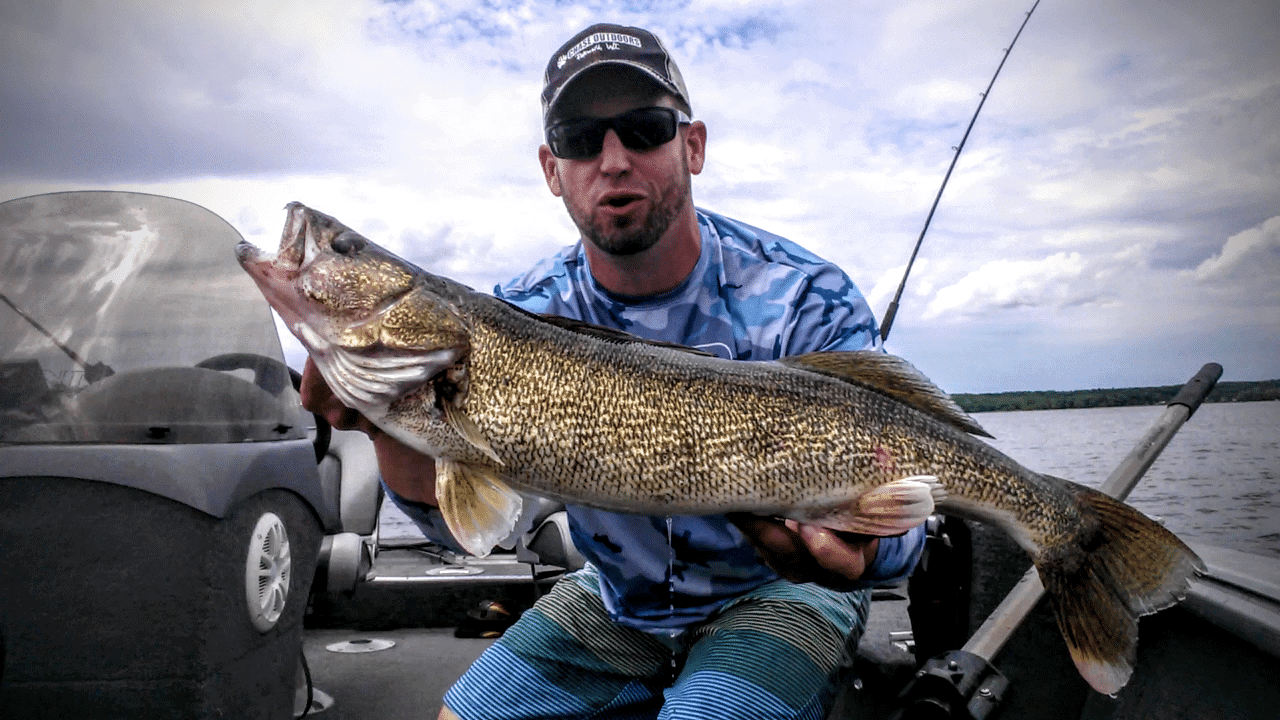