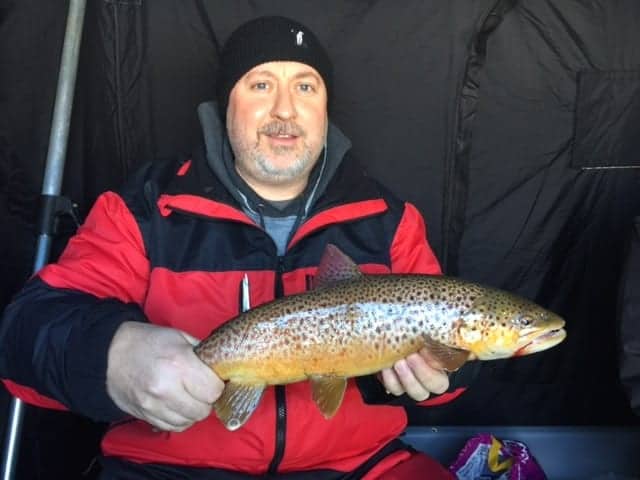 If there’s anything that can be said about our weather this winter, it sure hasn’t been boring. A front pushed through northwest Wisconsin early in the week dropping more snow along the Hwy. 2 corridor, and a cold front behind it brought in sub zero temperatures for a few days. Warm temps are on the way again however with highs in the 30’s and 40’s in the forecast this week, and there should be some great days to get outside and on the ice. Much like the “dog days” of summer, the mid winter ice bite can get a bit inconsistent. The fish are there but not always active, and persistent calculated moves with subtle presentation changes can make the difference between a few fish and no fish. Josh and Aron have run into that scenario lately, but they’ve kept plugging away while putting some nice fish on the ice.

Josh Teigen split time between Chequamegon Bay and the Hayward area lakes this week. He reports a strong morning bite on the bay with good catches of splake and a few browns mixed in. Blade baits and Kastmasters jigged in 15′ – 45′ of water produced fish. Don’t forget to set up a few tip ups or set lines rigged with shiners as well. Splake have been a wonderful addition to the bay over the last few decades providing great action, and they’re not bad on the table as well. Use your electronics to fish the entire water column with 5′ – 7′ off bottom as a good starting point for jigging. If a fish shows up below your presentation, make a few fast cranks up to make them chase it and freeze your lure. If a mark show up above you, quickly crank your spoon past their chin and hold steady. This will usually trigger crushing strikes, and then it’s time to hold on! 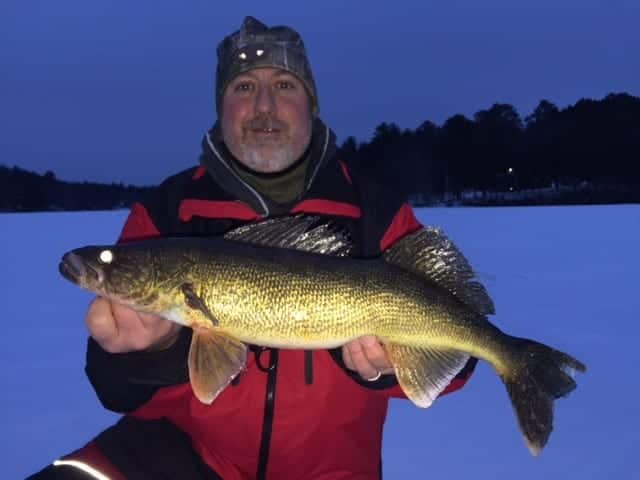 The inland lakes produced another good mixed bag bite for Josh. Crappies, gills, pike, and perch were all caught in 10′ – 20′ of water. Tip-ups set along the 10′ weedlines caught most of the pike, and small spoons or jigs caught the panfish. Perch and gills are relating closer to the shallower weeds with crappies suspended or hugging bottom over the deeper basins. The evening walleye bite was really good this week, with some nice looking eyes up to 24″ coming on tip-ups set in 12′ – 20′ of water rigged with shiners. 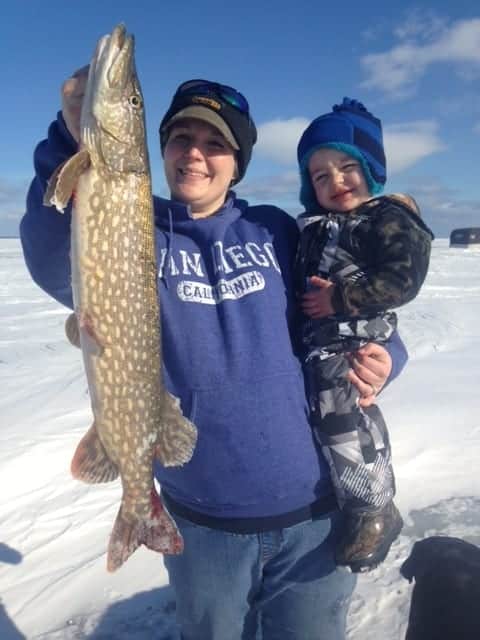 Aron Kastern continues to hunker down on Chequamegon Bay staying on top of everything going on out there. The Ashland side of the bay has the most variety with everything from trout to whitefish to perch being caught on the flats and channel edges in 12′ – 30′ of water between the oredock and the lighthouse. Small buckshot spoons tipped with shiner parts or fatheads are the best option to cover this wide spectrum of fish. The perch and pike bite on the second landing weed flats has continued to be good. Use small spoons for the perch and tip-ups or set lines with smelt or sucker minnows for pike. Fish are located in 8′ – 20′ of water, and Aron stresses to keep moving until you land on active schools of perch. The pike won’t be far behind. 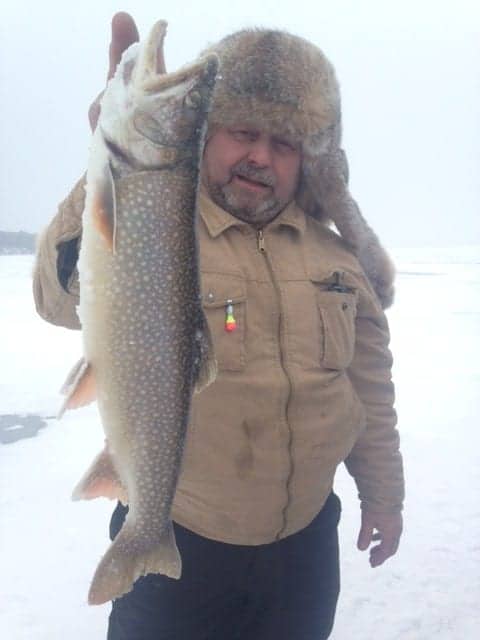 The Washburn side of the bay produced some good catches of whitefish and trout this week in anywhere from 10′ – 70′ of water with the trout coming from shallower water early in the day. Focus on the area from Houghton Point to Long Island for the best whitefish action later in the day from 30′ – 70′. Aron also spent some time in the Red Cliff area as well this week and reported some decent catches of splake and browns in 8′ – 40′ of water. Flashy spoons tipped with minnows or plastics and set lines with shiners continue to be the go to presentations.

Ice conditions on our inland lakes are stable with anywhere from 10″ – 20″ of good ice depending on the lake and variable snow cover with smooth travel by snowmobile, ATV, and foot on most. Chequamegon Bay has 15″ – 18″ on the Ashland side and 12″ – 14″ of ice on the Washburn side with 5″ of snow and great snowmobile, ATV, and foot travel. Red Cliff has 4″ – 8″ of ice with checking as you go and foot travel recommended. Enjoy that warm up coming our way Josh and Aron. Great job guys!

Fellas, don’t forget to take care of business on Tuesday this week. A few flowers and a box of chocolates will go a long way toward your fishing future… Have a great weekend everyone! 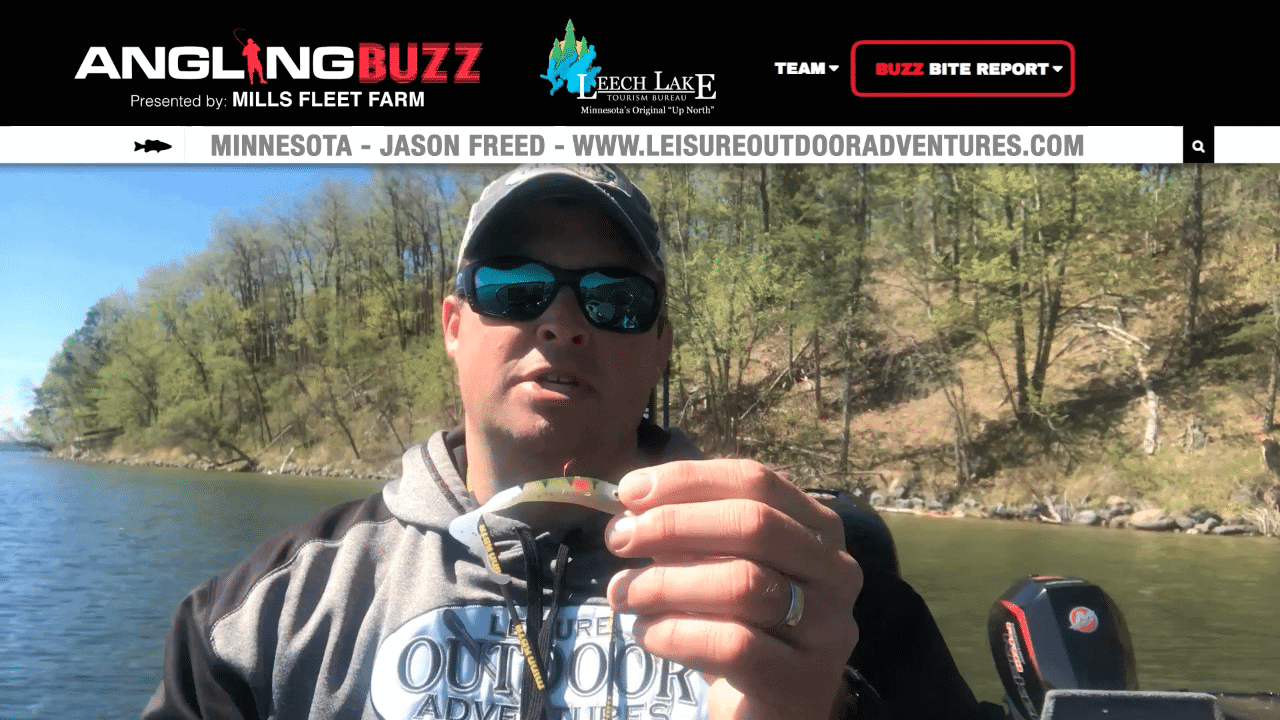 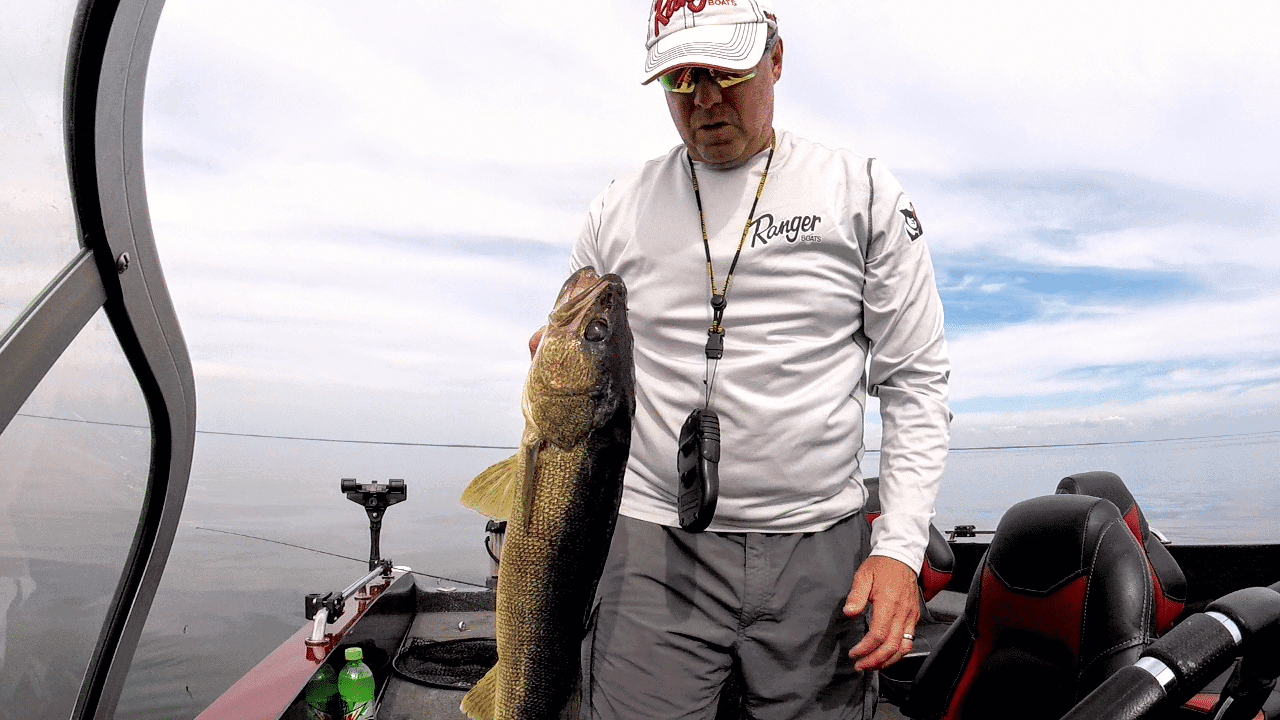 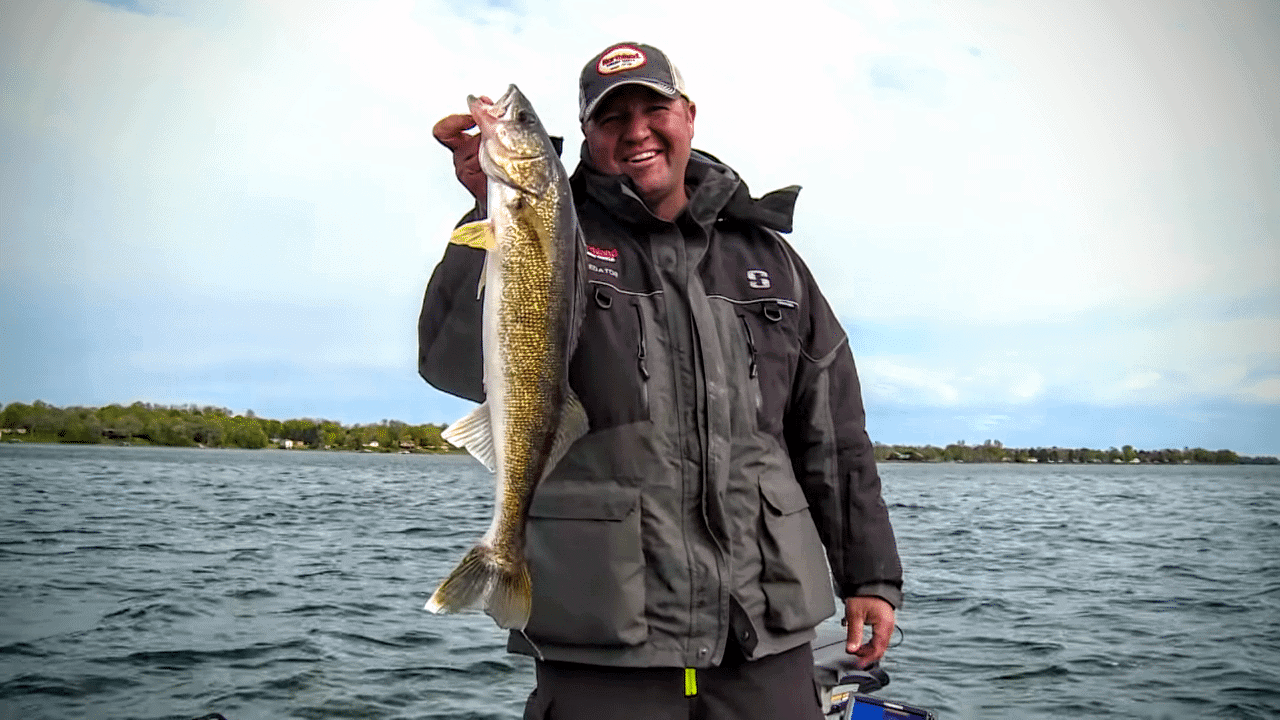