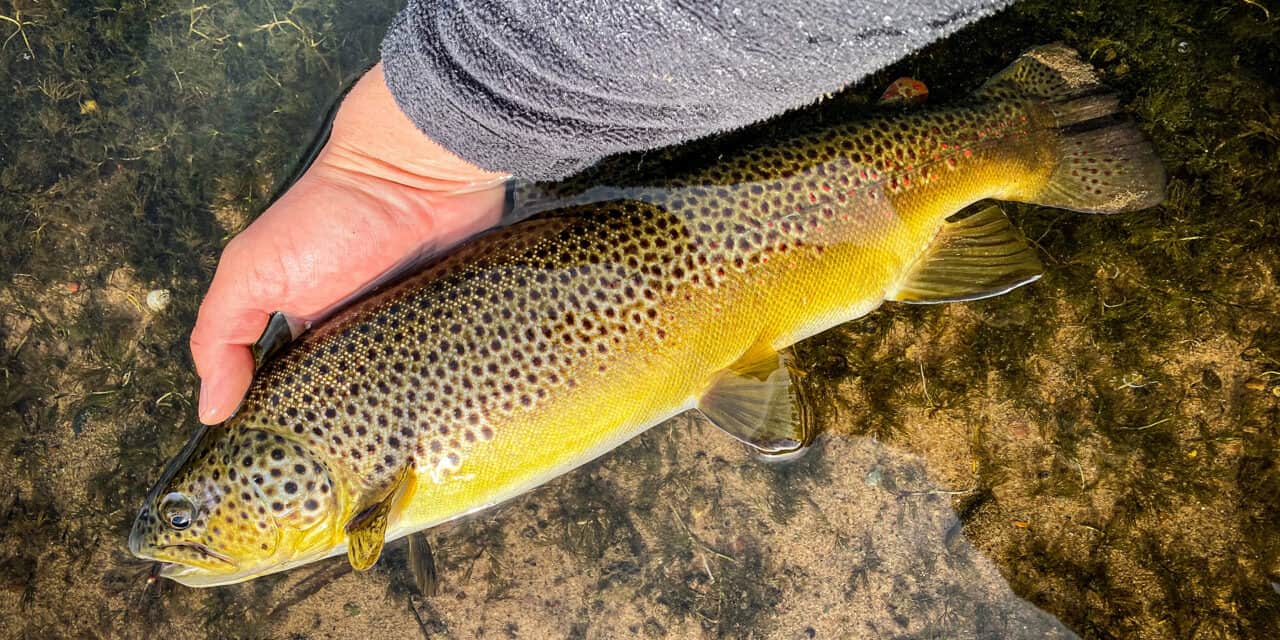 As the second half of March kicks off, it is beginning to look as though we may have an earlier-than-average ice-out across northern Wisconsin.  As of this report there are definitely still some late-ice opportunities available but many of the small, shallow spring fed and river system lakes are already unsafe to fish on. There are still a few people fishing Chequamegon Bay, but I would recommend staying off the big lake ice for the rest of this year.

The inland game fish season is now closed for walleyes, pike and bass but new regulations allow catch-and-release fishing for largemouth and smallmouth bass through the entire spring season. This means that you may target bass as long as you plan to release them, whether that is through the ice or on open water.  This can be a lot of fun and bass really turn on on those warm, sunny days!  Look for smallmouth to be still in their typical winter haunts on deep structure and rock.  Vertical jig small jigging raps or small plastics v-e-r-y slowly, sometimes just a gentle twitch and raise is all that will trigger them.  Largemouth can be found on deep weeds and weedlines all year and are suckers for a jigging rap.  Some days they will be on fire and others they clam up but when they are biting it can be fast action! 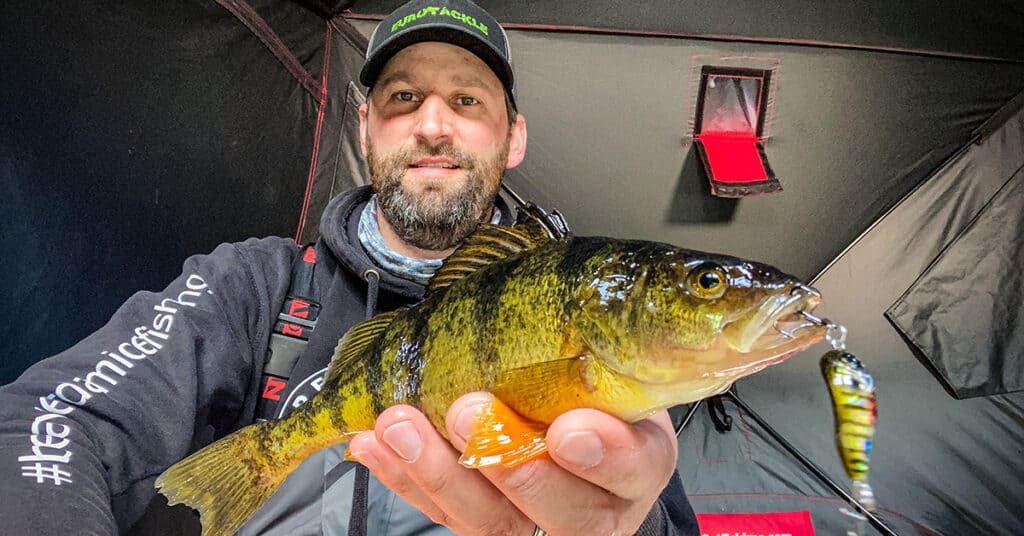 Late ice is my favorite time to fish for big crappies, perch and bluegills.  These fish all make more and more forays into shallow water as the ice begins to melt and they are often found in concentrated areas of green weed growth.  These fish may be hard to see on a flasher as they often bury in the weeds but an underwater camera can sometimes find them where the flasher cannot.  Using a combination of set lines with small minnows and a hole-hopping approach with a small jig and plastic is a great way to find these schools of shallow fish.

As far as open water opportunities go, there are landings opening up all along the north and south shores of lake superior and boats are accessing the big lake in spots like Two Harbors, Saxon Harbor and McQuade Harbor. The coho bite has been outstanding with most fish coming on flatlined stickbaits. Lake trout can also be caught vertical -jigging structure at this time of year.

The walleye and sauger run is beginning on the Mississippi River and Green Bay tributaries. Pulling Dubuque rigs and pitching heavy jigs and plastics are great options on the Mississippi. Target depths from 10′ to 30′ along current seams.

Catch-and-release stream trout fishing can be another great way to get out and enjoy the early spring in Northern Wisconsin.  Using spinners, jigs or a fly rod to catch feisty browns, rainbows and brook trout is a blast!  Look for moderate temps while the snow is still melting as very warm weather can cause too much runoff, which actually cools the stream rather than warming it. 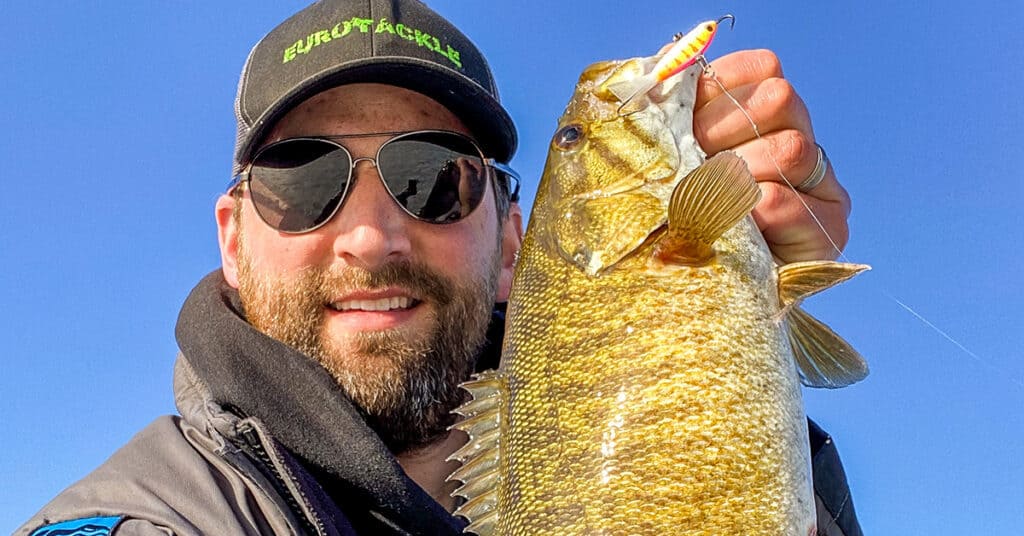 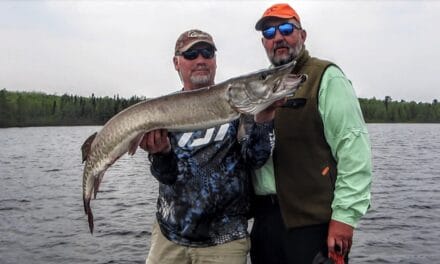 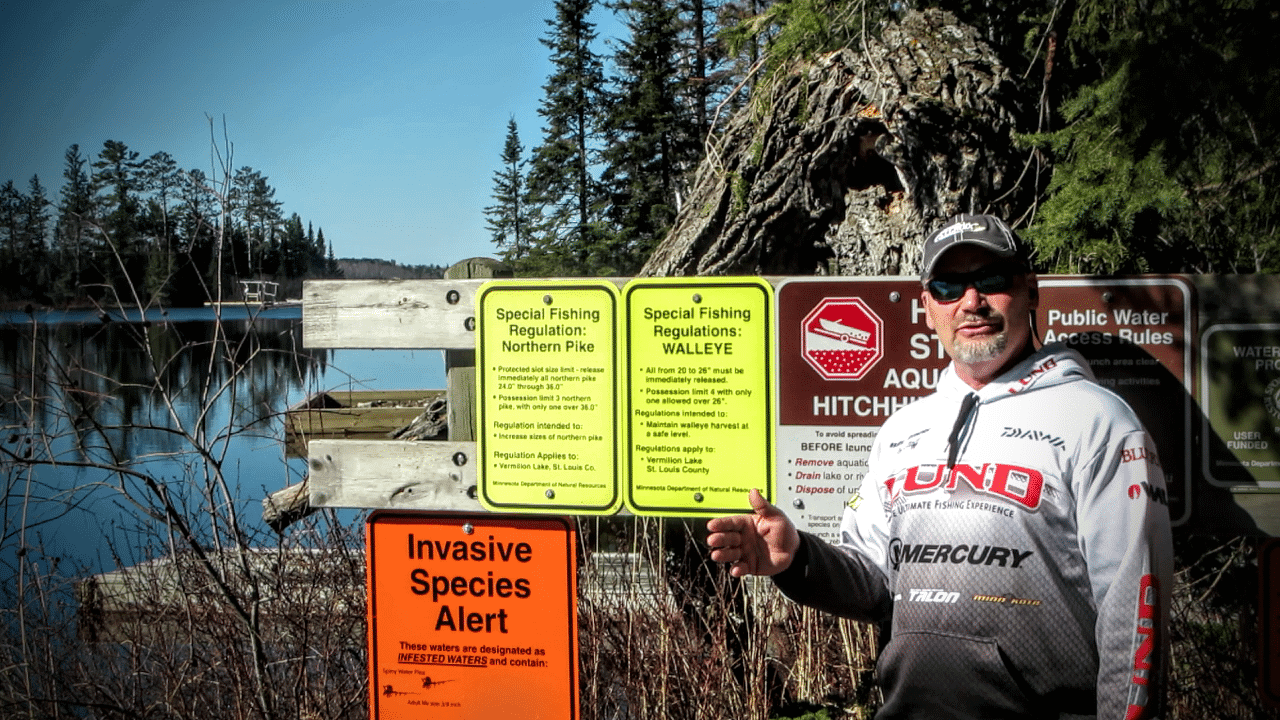 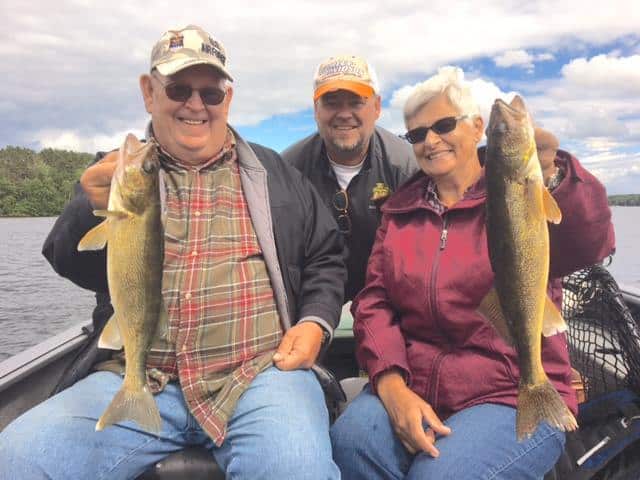