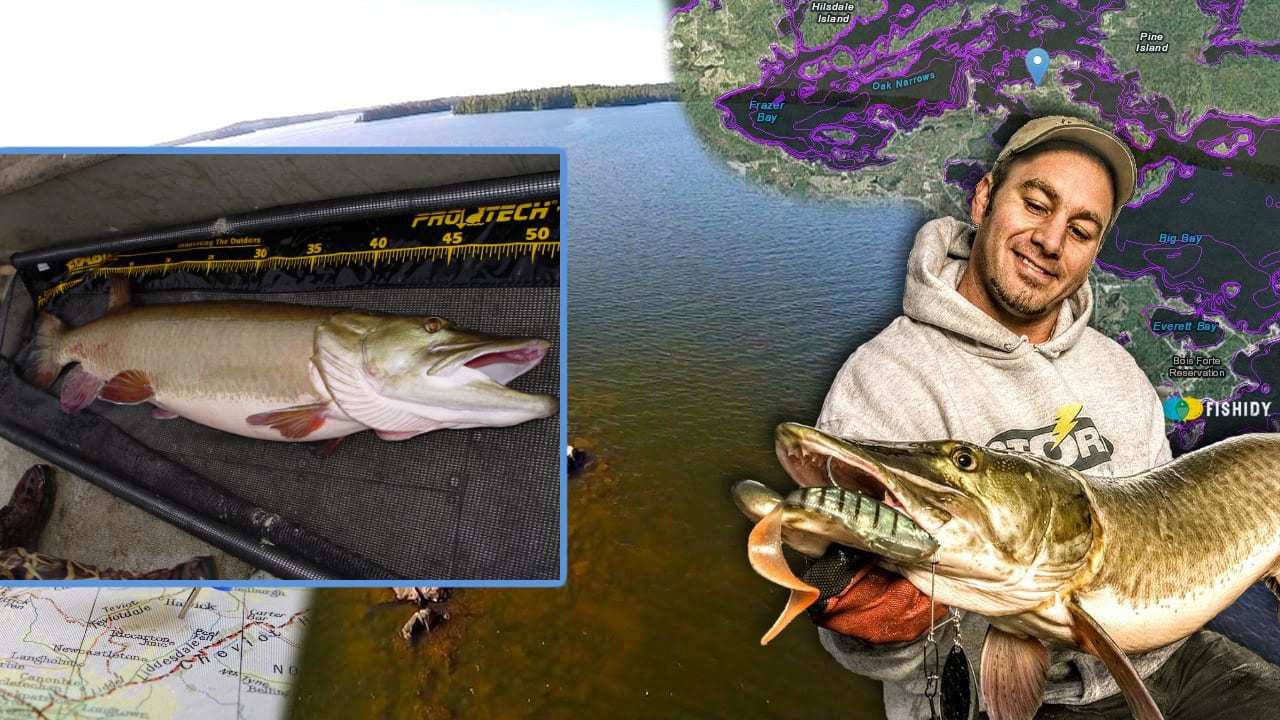 Want to catch monster muskies? You need to fish where they live!
We decided to put together a short-list of musky destinations we highly recommend right here within driving distance of most musky anglers here in the Upper Midwest. All four of these spots host true monster muskies, but also have large enough populations to keep things interesting throughout the day.
There are many, many killer musky destinations that didn’t make the list of course, but these are just a few of our favorites. 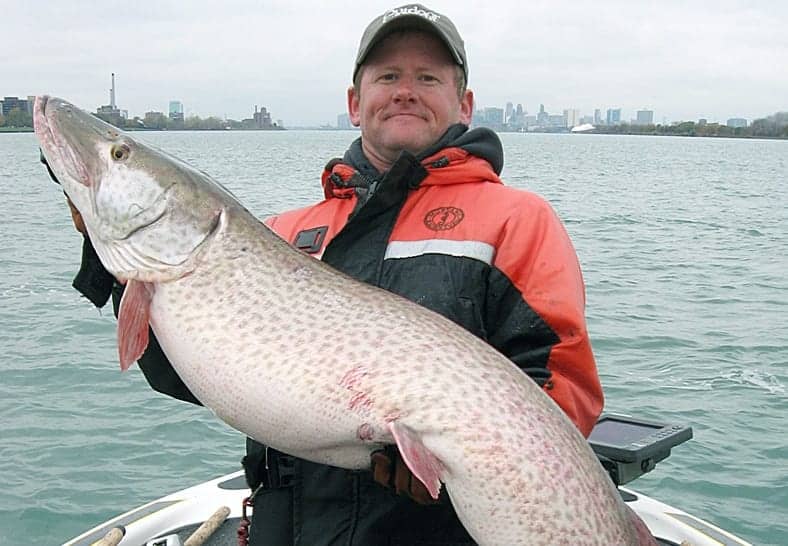 Part of a larger system that also includes the St. Clair and Detroit Rivers, Lake St. Clair may have more muskies per square mile than anywhere else in the world.
This much is certain: St. Clair has all the right ingredients for growing lots of big toothy critters:
– 420 square miles of big water
– An average depth of only 10 feet with excellent water clarity
– The constant flow of clean water from Lake Huron
– Plenty of big fish forage
– Expansive shallow flats for muskie spawning
– Access to deeper river habitat
Although you can catch ‘em casting, multiple fish days are routine for anglers trolling big baits on multiple rods and planer boards.
In fact, many St. Clair guides offer big boat charter-style trips that can accommodate larger angler groups – a great opportunity to mark a trophy muskie off your bucket list.
You can fish St. Clair with you own boat, too; just know it’s an open-water fishery that requires a rig that can handle big, rough water. At 21 miles across, it’s no place to mess around without safety and navigation aides.

Some are calling Lake Vermilion “Minnesota’s new, untapped muskie fishing resource” but truth is, the 40,000-acre lake has been kicking out numbers and trophy fish for some time.
But no matter how you look at it, Vermilion is one of Minnesota’s fisheries management success stories. Recent DNR testing reveals approximately 15% of the muskie population surpassing 50 inches!
In 1984, the DNR began stocking the slow-growing Shoepack strain, but switched to the Leech Lake strain a few years later, which have taken well to Vermilion’s waters.
Now, three decades later, Vermilion’s muskie population is naturally-reproducing and anglers are reporting monster fish in the 50-inch-plus class, including a 57.5-incher caught during a PMTT Tournament in August of 2015, and a massive 60-incher caught in 2011.
In fact, some believe the next state record catch-and-release musky could from Vermilion.
This much is certain: with rock, weeds, points, steep breaks, and 365 islands to fish, there’s plenty of room for record-breakers to hide. 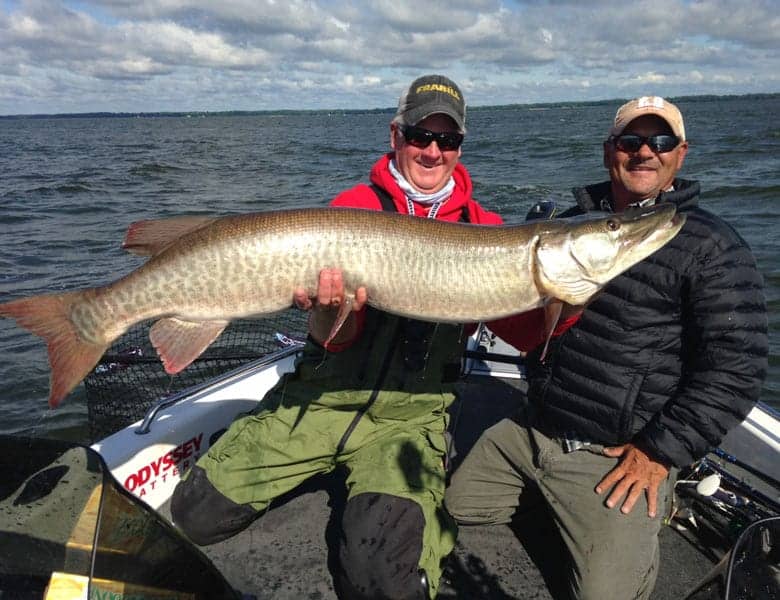 Speaking of records, many muskie experts believe the next world record will be caught on Wisconsin’s Green Bay — waters with a high concentration of Great Lakes spotted strain muskies in the 40-50 pound class.
Again, like many trophy-class muskie fisheries, Green Bay’s health is the result of a well-researched stocking and management program. The Wisconsin DNR – along with numerous muskie angler groups – have been instrumental in its success.
With so much water to cover, trolling’s the name of the game – from Rapala Super Shads to foot-long lumber.
But the Bay’s numerous reefs are perfect for casting, too. For that, double bucktails and big plastics are hard to beat.
Although fish are caught on Green Bay all season, August through fall is prime time for the “fish of a lifetime”, and there are plenty of expert guides in the area willing to help you do just that. 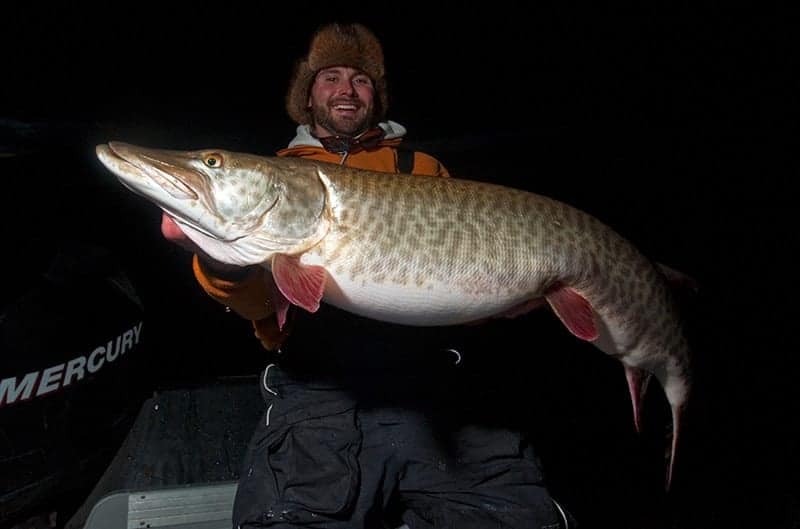 Northwest Ontario’s “Sunset Country” offers anglers thousands of lakes with large populations of naturally-reproducing muskies, with some real giants, too! The current Ontario record stands at a whopping 65 pounds – and anglers report lots of 50-inch-plus fish each year.
There’s a muskie fishing lodge for every budget, as well as different types of water to fish – big and small, from gin-clear to tea-stained – each with a variety of structure to fish your favorite baits.
From casting reefs, islands, current, and weedbeds to trolling along the steep breaks of cliff-like shorelines, there’s no shortage of fish-holding stuff and breathtaking scenery.   The Ontario muskie season runs from mid-June to the end of November – and there’s really no bad time to fish here, each cast is another shot at a “fish of a lifetime.” 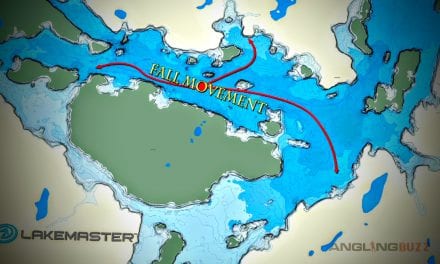 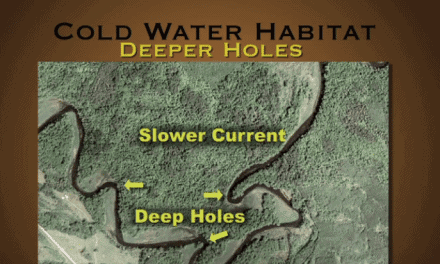 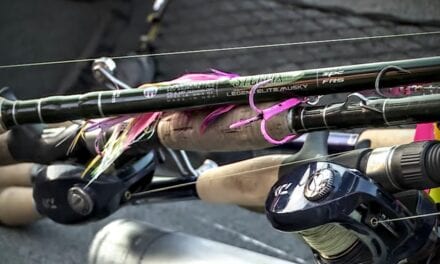 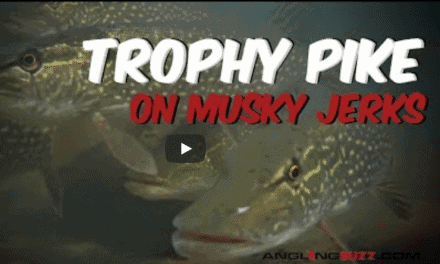