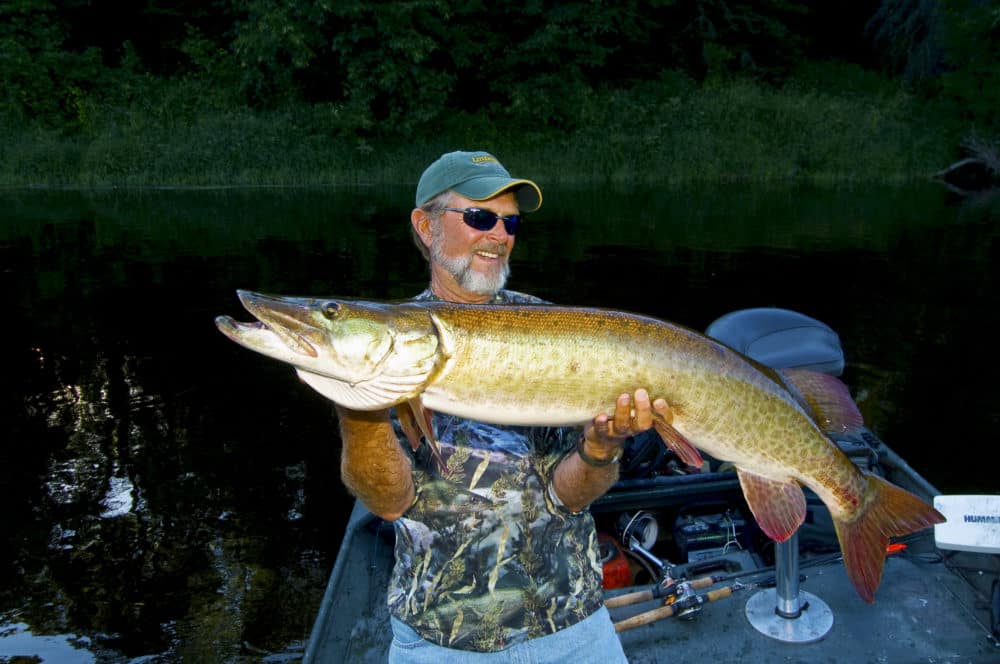 Spring muskie anglers automatically grab their go-to summer and fall lures when they hit the water, but that’s not necessarily your best bet so early in the year. Right after the season opens, smaller baits tend to outproduce larger offerings. Like # 5 bucktail spinners, rather than double-bladed #10s. Six-inch crankbaits, rather than 10-inchers. Three-quarter ounce bass spinnerbaits, rather than larger muskie tandems, and so on. Keep things modest, size-wise, until the water warms and the fish really go on the chew. Right now, with water temperatures barely cracking 60 F, they’re barely off the spawn in some areas, beginning to feed, but not voraciously gobbling their way through the biomass. 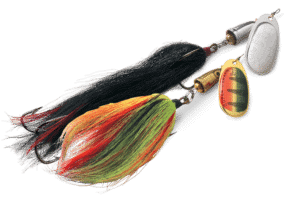 Smaller is usually better early in the muskie season.

In most waters, two types of patterns dominate early in the season. Oddly enough, many anglers miss out on both, focusing on drop-off areas in between–classic spots in summer, but perhaps not during the transition from late spring into early summer. Reason–deep weedgrowth is still sparse, generally until after the 4th of July. With little cover and even less food there, muskies seldom use such areas until the weeds begin to flourish.

Basically, spring muskies are usually either in…or out…depending on where the bulk of their food lies.

INS — In lakes where the fish chiefly dine on warm- or cool-water baitfish like suckers or large minnows, plus an array of unfortunate bass, small walleyes, hammer-handle pike, panfish and such, most of these species are still shallow. Often, really shallow–like 2 to 6 feet–running inside weedlines, spread across emerging weed flats, even roaming the centers of bays with fairly sparse cover. If they haven’t moved out to the first drop off to deep water, there’s no reason for spring muskie to leave these areas, either.

Cover the shallows with a series of fairly steady, modest-speed retrieves, usually without a lot of dramatic changes. Use polarized sunglasses to look in the water for followers–or non-followers. Much of the time, lazy muskies will just lay there, sunning themselves, showing no interest in your lures. Come back and re-fish the same areas at low light, hopefully when the fish turn on a bit more.

OUTS — And now, for something completely different!

In lakes with cold-water, suspended forage like ciscoes, tullibees, whitefish, etc., the bulk of the big, tasty baitfish are likely already suspending in open water at this time. Rather than remain shallow and going on a low-cal diet or fast, muskies simply shift out of their shallow spawning bays and suspend over the nearest available deep-water basin. Key areas have little or nothing to do with structure, although fish may be near points or humps that funnel baitfish between them. Basically, the presence of the forage fish is foremost on their minds.

Expect spring muskie to be roaming the basin at modest depths, maybe 10 to 15 feet down in clear lakes–shallower in darker water ones–near schools of baitfish. The best ways to target them is to troll modest-sized crankbaits at their level, in and around baitfish you spot on your electronics. Again, modest speeds are best–rather than high speed burns–at least until the water warms into the 70 Fs. Criss-cross potential areas, near structure, off structure, some of both, until you get bites.

If you can’t, or prefer not to troll, try drifting over these same areas in the evening, toward sunset, when ciscoes rise toward the surface, following light-sensitive plankton upward as the sun dips over the horizon. Fancast cranks, even topwaters–out over 40- to 70 feet–which seems weird. Just remember, if they’re not IN…they’re OUT. If no one is catching muskies in the shallows, that’s your key to head out to no man’s land and fish over open water. 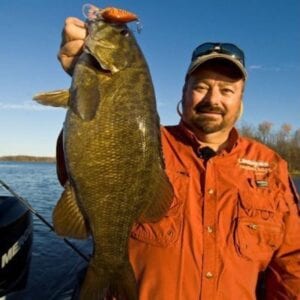 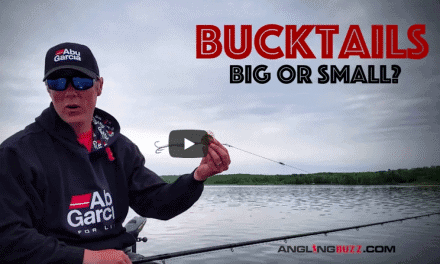 Large vs. Small Bucktails for Muskies – Which is Best? 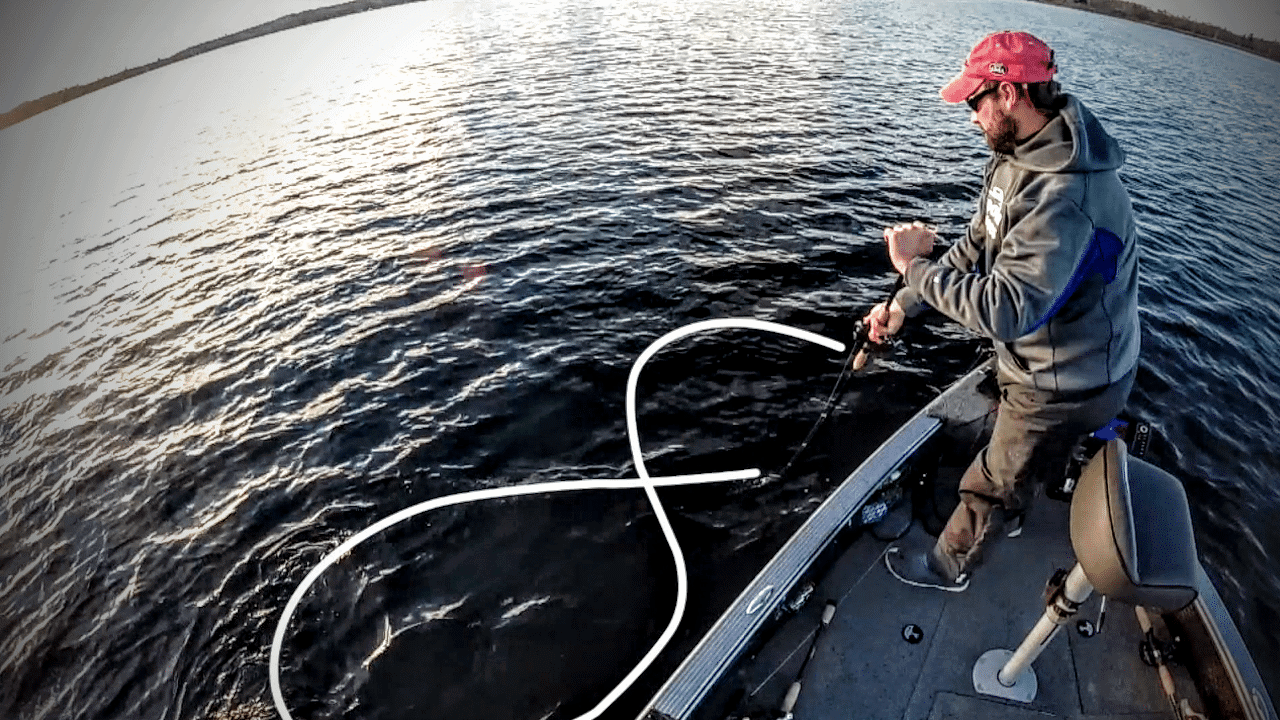 Musky Figure-8: Do It the RIGHT WAY! 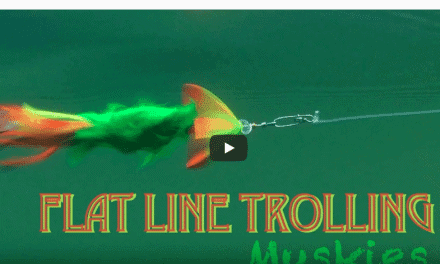 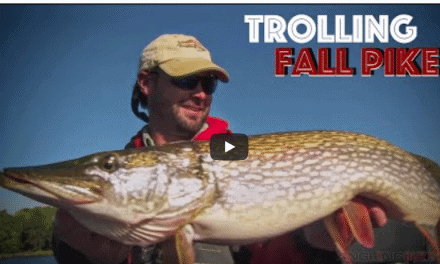 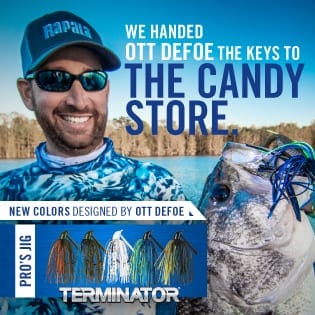